The Wolves Freshmen football team battled the Issaquah Eagles on Thursday at Eastlake Stadium giving them their 1st win of the season.

The 1st quarter of the game was back and forth with both defenses keeping each other out of the end zone.  Eastlake’s defense was electric holding Issaquah to just a few 1st downs.  The quarter ended with a towering punt by Jack Lathwell resulting in a fumble recovery for EHS with :09 left. 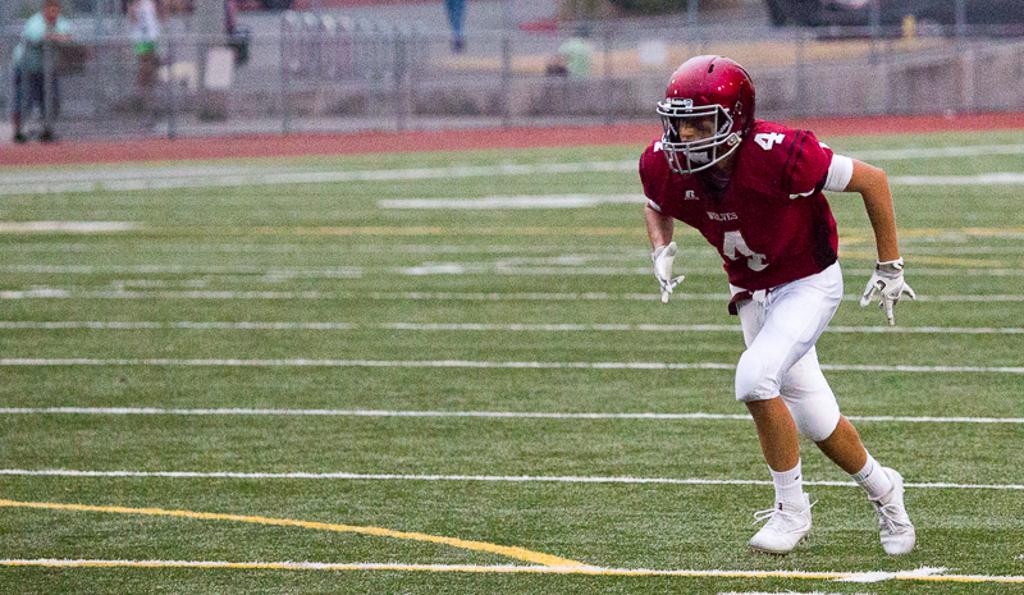 The Wolves offense took advantage of the fumble and drove to the 10 yd line of Issaquah converting on a 4th and 1 but unfortunately gave the ball up and Issaquah took the fumble recovery to the end zone.  The PAT was good and the Eagles took an early 7-0 lead.  Eastlake answered quickly with Jackson Proctor driving the offense down the field with 4 big completions.  The drive was capped off by a 38 yd TD pass to Zade Thomspon in the left corner of the end zone.  The PAT attempt was wide ending the 1st half with the score 7-6 Issaquah.

Eastlake started the 2nd half with a 30 yard kickoff return by Leroy Jackson.  However, Eastlake’s first drive ended in a punt giving Issaquah good field position for their first drive.  Will Doran got the ball right back after Nathan Bickel caused a fumble on Issaquah’s drive.  Eastlake completed a couple of long passes ending with a 21 yd TD pass to Sam Coomes.  The 2 pt conversion was good with a run by Jackson making the score 14-7.  Eastlake kicked off and Joey Grzetic forced a fumble with a huge hit giving the Wolves the ball deep in Issaquah territory.  Proctor completed a 35 yd TD pass to Max Verboort giving Eastlake the lead 21-7.   Issaquah answered with a long TD pass to close within 7 of Eastlake.    The 3rd quarter ended with a defensive stop with huge back to back tackles by Carson Seelig and Lathwell.

The 4th quarter started off quickly with Issaquah scoring a TD to tie the game at 21.  Both defenses fought hard including a key sack by Luke Robertson to end a crucial Issaquah drive.  With the clock winding down, Proctor completed consecutive passes to march down the field quickly and found Nick Robbins in the corner of the end zone for a TD.  Eastlake went up 28-21 with :28 seconds to go.  The defense held Issaquah to end the game and a WIN.

Eastlake will take on the Woodinville Falcons at 6:30 pm next Wednesday at Woodinville HS. Please come out and show your pride.

Thanks to our photographers, George Bickel and Rob Veal. 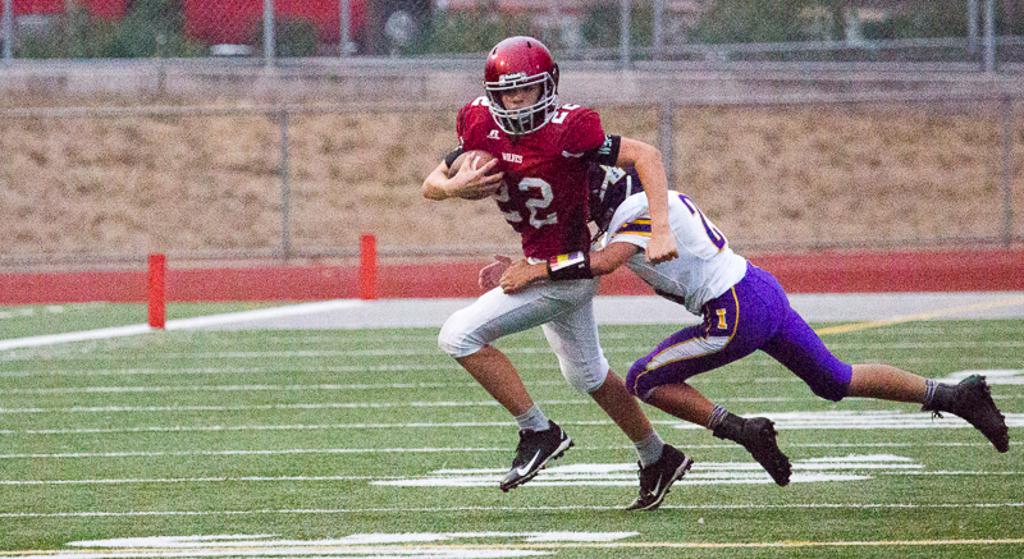