The Wolves jumped out to a 42-0 first quarter lead. By the time North Creek crossed mid-field, the Wolves were deep into their roster and the only remaining question was whether or not honorary ballboy Chris Brookshier would score.

For homecoming 2017, Eastlake hosted the North Creek Jaguars. North Creek, in its first year as a high school football program, brought in a young, under-manned team that hadn't scored a point since mid-September. The Wolves meanwhile sought to rebound from last week's triple overtime loss to Skyline. In the end the game was such a mis-match it barely qualified as a competition but it created many highlights up-and-down the Eastlake roster.

The Wolves jumped out to a 42-0 first quarter lead and the Jaguars didn't get a first down until 5 minutes remained in the first half. By the time North Creek crossed mid-field, the Wolves were deep into their roster and the only remaining question was if honorary ball boy Chris Brookshier would score before North Creek. 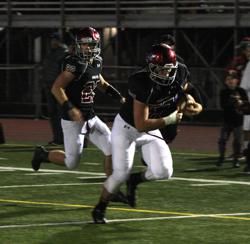 The tone was set from the first series when North Creek, up at their own 28, immediately went backward on a false start. After tackles in the backfield by Caden Snyder and Chris Nelson, the Jaguars punted the ball away. Quarterback Connor Brown hit Hank Pladson for 20 yards. Two plays later Pladson took another short pass 29 yards for a touchdown. Jack Matheson continued his outstanding season, nailing the PAT to give Eastlake an early 7-0 lead.

On North Creek's next possession, Zack Kennedy forced a fumble which Snyder recovered and ran in for a 12 yd touchdown. The team erupted in support of Snyder, a talented and oft-injured senior who battled through 2 years of adversity to set up his big moment.  Eastlake 14, North Creek 0. 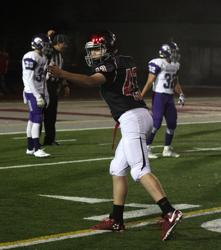 The Jaguars tried to run their offense once again, but heavy pressure from Reed Payne forced a 3-and-out and another Jaguar punt. Eastlake took over in North Creek territory and this time Nelson stutter-stepped through the Jaguar defense for a 24 yard touchdown run. Matheson's PAT extended the score to 21-0. On North Creek's next possession, Reed Payne stepped in front of the pass for his first interception of the night. The Jaguars continued to play hard and put Eastlake into 3rd and 10 situation but a Brown-to-Nelson screen pass went for a 28 yard touchdown. Eastlake 28-0.

On the ensuing kickoff, senior Scott Tornquist's hard hit set the tone and following another big hit, this time by Jack Henderson, North Creek was soon punting again. After a couple of Jack Hart carries netted 20 yards, senior wideout Reeve Boyer checked into the game. On the next play, Hank Pladson took a reverse before pulling up to hit Boyer in the corner of the end zone for a 12 yard touchdown pass. The Wolves sideline erupted in support of Boyer's big play and Matheson hit the PAT to give Eastlake a 35-0 lead. The first quarter hadn't ended and neither did the Wolves attack. On the ensuing kickoff, another big hit by Tornquist forced a fumble and Garret Carney ran it in for yet another Eastlake touchdown (42-0). Mercifully, the first quarter ended with no further scoring. 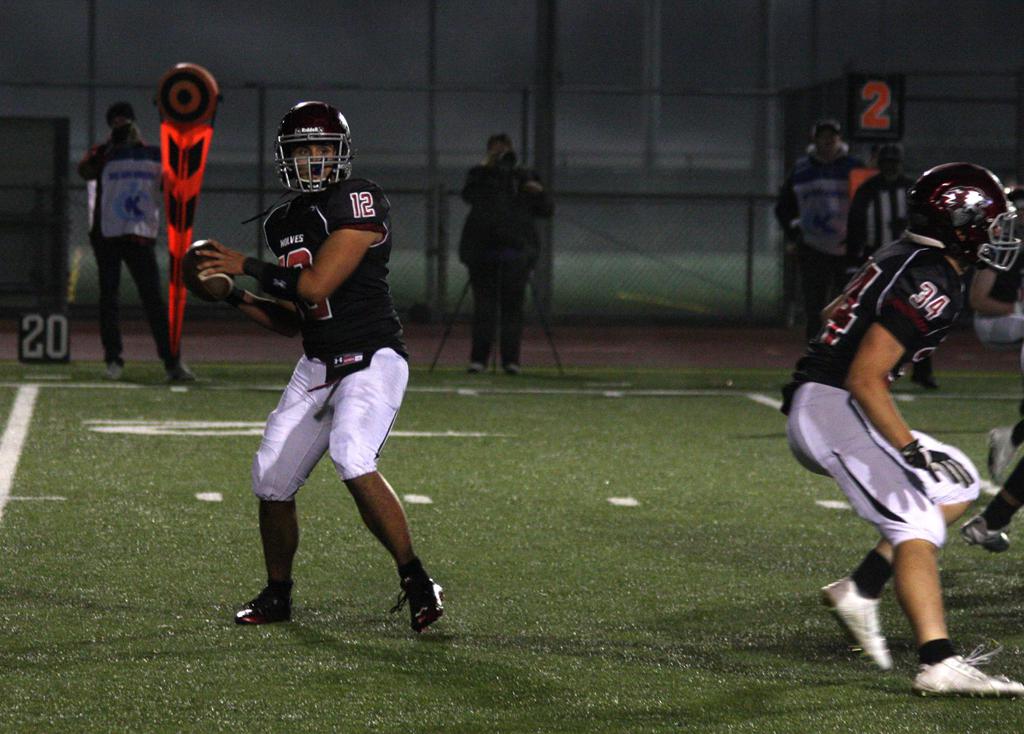 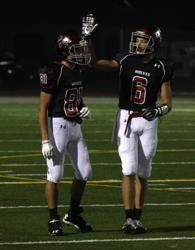 In the second quarter, North Creek celebrated its first highlight, stopping the Eastlake first team offense with a turnover- on-downs. However, Payne quickly got the ball back for the Wolves, intercepting another pass and returning it inside the 10 yard line. Michael Puttick checked in at quarterback and handed off to Hart who ran in a one-yard touchdown run. Sophomore kicker Ryan Curran picked up where Matheson left off, hitting his first varsity PAT to make the score Eastlake 49, North Creek 0. One North Creek possession later, sophomore Cooper Williams, making his first varsity appearance alongside his brother Jaxon, picked off the Jags pass but the play was called back on a penalty. North Creek used the second chance to finally pick up their first 1st down of the game. However, the Jaguars momentum was short lived when Eastlake junior linebacker Cameron Knutsen jumped on a fumble, giving the ball back to Puttick and the offense. Puttick called his own number for two straight positive runs before getting Austin Gray his first carry of the game. Eventually, the Eastlake drive stalled and North Creek went back on offense from their own 13 yard line. Perhaps the Wolves turned the ball over to set up another scoring opportunity because Knutsen promptly intercepted a North Creek pass and took it to the house for his first varsity touchdown. Curran hit another PAT and the Wolves led 56-0 with 4 minutes until halftime. 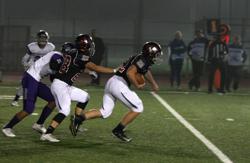 The Wolves kept up the defensive pressure with getting tackles from Carter Cox, Gray, Nick Villegas, and especially Knutsen who seemed like he was in on every play. The first half ran out and the Wolves went to halftime and their homecoming festivities enjoying a 56-0 advantage.

In the second half the Wolves continued getting players varsity experience and sophomore quarterback Grady Robison took control of the offense. With a continuously running clock, defense dominated the half as the teams battled to a second half stalemate. When the night ended, the Wolves celebrated their 56-0 win. With the win, the Wolves improved their record to 4-3 and kept their playoff hopes alive. Next week, the Wolves travel to Pop Keeney Saturday night for a matchup with the Inglemoor Vikings.

Thanks to Chad Greene and Simon Puttick for fabulous photos!